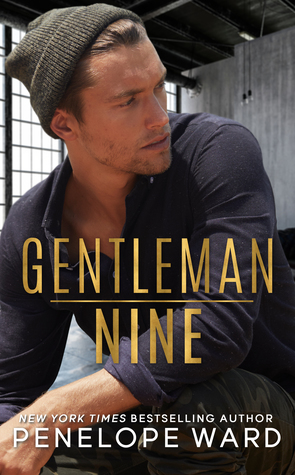 I’ve been a fan of Penelope Ward’s books for years now but I’ve fallen woefully behind on some of her latest releases. When I had some time between ARCs a few months back, I went back and picked up Gentleman Nine. I got about halfway through and sadly had to set it aside to get back to ARCs then life happened and before I knew it 4 months had past and it was still sitting out there half-finished! Which was sad because the first half of the book was really good. I finally had some spare time so I decided to pick it back up again and finish it out and I’m so glad I did. Even though it had been a few months between starting and finishing, it didn’t take long at all for me to immerse myself back into the story.

Penelope Ward is so wonderful at creating memorable, lovable, and realistic characters – Amber, Channing, and even Rory all fall in that category. This was a bit of a love triangle but it was so tastefully done and I think even people who shy away from triangles won’t be bothered by it. One thing’s for sure, it’ll really tug at your heart. As much as you wanted to vilify Rory for the way he broke Amber’s heart, it’s hard to fault the guy once you know his reasons for doing so. He really wasn’t a bad guy, which creates quite the predicament for Amber as she finds herself between her first love and her new love (with an old friend). Channing was fantastic. I absolutely loved him. Such a stand-up guy and he treated Amber so well. The two of them had great chemistry and a very deep connection due to a shared tragedy in their past. I loved how everything turned out and the epilogue was the perfect way to finish off the story! My only regret was that it took me so long to finish!