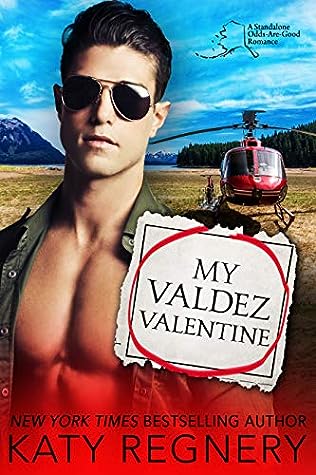 You how they say to not judge a book by its cover? Well, that’s certainly the case with this one. The cover is yummy, don’t get me wrong, but at first glance, you might think you’re getting a light and steamy romance. In reality, this book deals with some pretty heavy and difficult things and goes a lot deeper than I was expecting it to! Addison is a high-profile divorce attorney from LA who finds herself traveling to Alaska to track down her free-spirited and adventurous twin brother whose last voicemail to her indicated he was in some sort of danger. It’s here where she meets, and subsequently hires, helicopter pilot Gideon to help track him down. Trying to locate her brother, not know if he was dead or alive, was easily the worst time in Addison’s life but Gideon proves to be a pretty good distraction and Addison could have never predicted all the ways her life would change the fateful day she hired Gideon.

The mystery and fear associated with learning what happened to Addison’s brother will suck you right into this story. I was nervous and unsure of how that portion would all turn out. Following the resolution of that part, there’s a bit of a direction shift – part of which I saw coming and another that I wasn’t expecting but as difficult as it was, I’m glad that there were realistic repercussions for a certain character’s actions. I’m being intentionally vague so as not to spoil anything, but if you read this, you’ll know what I mean. Gideon and Addison were really sweet together, although they did not have an easy road at all. I was a little hot and cold on Addison if I’m being honest. There were moments where I really felt for her and was sorry for what she was going through but then there were other times – especially in how she would treat Gideon sometimes – where she came across as snooty and I didn’t exactly care for her. Gideon, however, was fantastic – he was kind and supportive, even when they were virtual strangers just looking for a missing person. He was also very understanding and accommodating when his and Addison’s paths crossed a second time. He gave up a lot for her, and while I was okay with it in the end, I was a little miffed during that he was the one to always have to give. In any event, I liked how everything turned out and thought the epilogue was very sweet. If you’re looking for a story that’ll give you plenty of feels, then you should give this one a go!