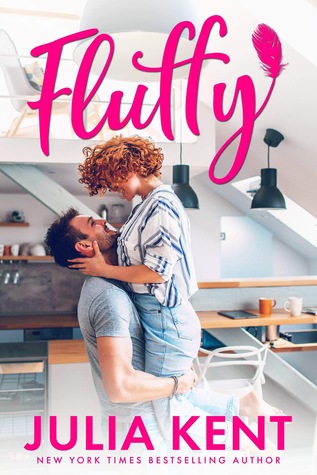 Mallory Monahan needs to find another job and fast or else she’ll be forced to move out of her apartment and back in with her parents. When she sees an ad for a professional fluffer on Craig’s List she instantly applies. As a professional home stager, she hasn’t heard the term “fluffer” used in her industry recently, but hey – maybe these people are just old fashioned. When she hears right back from them saying she can start the same day, she’s thrilled. She has no idea that the term fluffer is not at all what she thinks and is in for two surprises – discovering she’s actually been hired to work on the set of a porn and that it’s being filmed in a vacation rental owned by none other than her high school crush Will Lotham. The most embarrassing day of her life may just turn into the luckiest day of her life as her and Will reconnect and get a chance at the romance that she always dreamed of back in high school.

This was quite an amusing read! The first part was laugh out loud funny as Mallory gets herself deeper and deeper (no pun intended) into her misguided employment attempt. In real life, I don’t know if someone could make such a mix-up but it worked here and it was pretty hilarious. The immediate fallout was also very funny, having to explain it to her parents and her friends was highly entertaining. Of course, this was also a fun way to have Mallory and Will cross paths again. Mallory was so in love with Will in high school and he seemingly was not interested back then, so it’s hard for Mallory to believe that he’d be interested in her now. She finds herself in this weird in-between spot, stuck between her old high school insecurities and the woman she’s grown up to become. This is the main source of angst in this story and I think what Mallory went through is relatable for a lot of people – who doesn’t have some baggage from high school that they’d rather just forget about? So yes, there is a bit of drama in this book but primarily it’s a light and sweet rom-com and totally hit the spot for me!