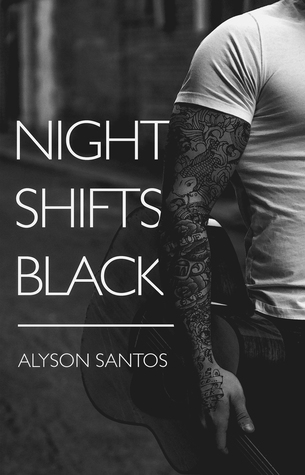 I want more than anything to be his anchor, but he doesn’t seem prepared to come into shore yet. I wonder if he’ll ever be.

This book came as a recommendation from one of our followers on Facebook (thanks Kelly!). I had never heard of it before but when I posted on Facebook looking for help finding something to read Kelly came to the rescue and said this series wrecked her. I was like, sign me up! I still have to read the rest of the series but they’re all sort of standalone so I figured I’d still do separate reviews. I was intrigued by the blurb and the whole box set is available in Kindle Unlimited – even better!

For the most part, I really enjoyed this story. This was also a new-to-me author but I really liked her writing. I will say, this story did NOT go at all in the direction I was expecting it to. I’m glad I didn’t really read any reviews prior to picking it up because the huge change in direction really caught me off guard. I’m not going to say what it is, but if you really want to know, just read a few reviews on Goodreads, you’ll find out pretty quickly. I’m not entirely sure how I feel about the turn of events especially because in my heart I was getting pretty invested in how I thought things were going to go. I certainly didn’t hate how things turned out but I guess I just wonder what-if… Although, it seems like I’ll get a little more closure on that front when I read the next book in the series – judging by the blurb anyway!

What I did love about the book, though, was the level of emotion it captured. Regardless of what happened, the connection that Callie and Luke formed was pretty great and I so very much enjoyed seeing Luke’s journey out of the darkness. The story deals with some very complex and heavy topics but they were handled with grace and realism. It’ll tug on your heartstrings for sure. I think the narration could have benefitted from multiple POVs, this was told exclusively from Callie’s perspective but I would have loved seeing it alternate. Sometimes Callie’s inner thoughts made her seem younger than she really was, I had to keep reminding myself that these people were in their 20s, not high school. There was also A LOT of technical information on how to write and record a song. While it was interesting, we probably didn’t need quite that level of detail, it kind of takes you out of the story a bit. In any event, those are minor gripes in an otherwise engaging, heartfelt, and surprising read and I am looking forward to continuing the journey in Tracing Holland!